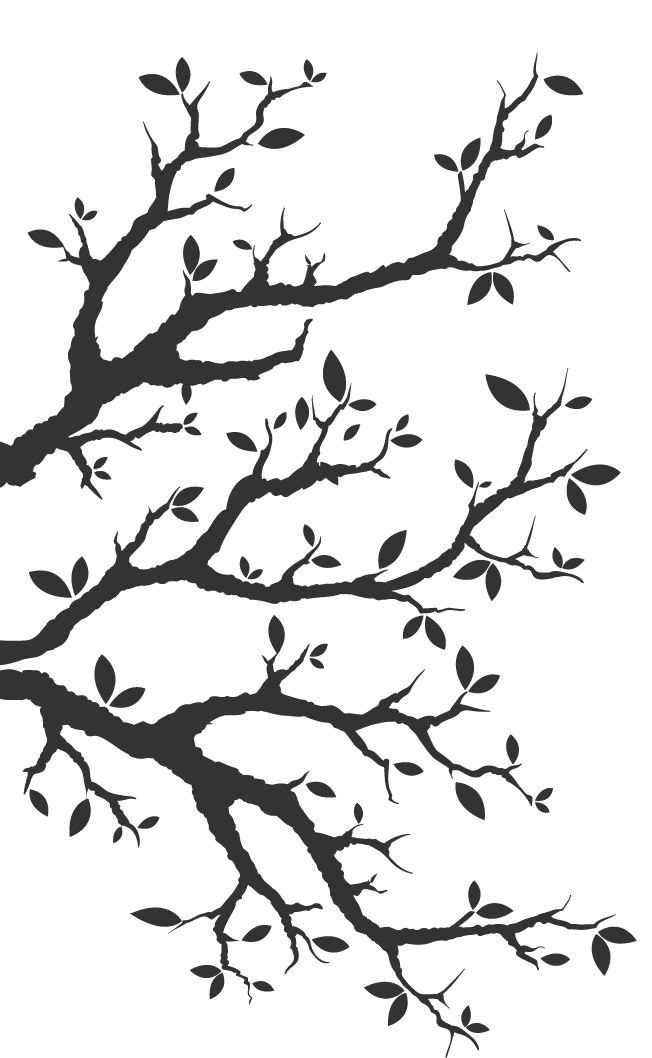 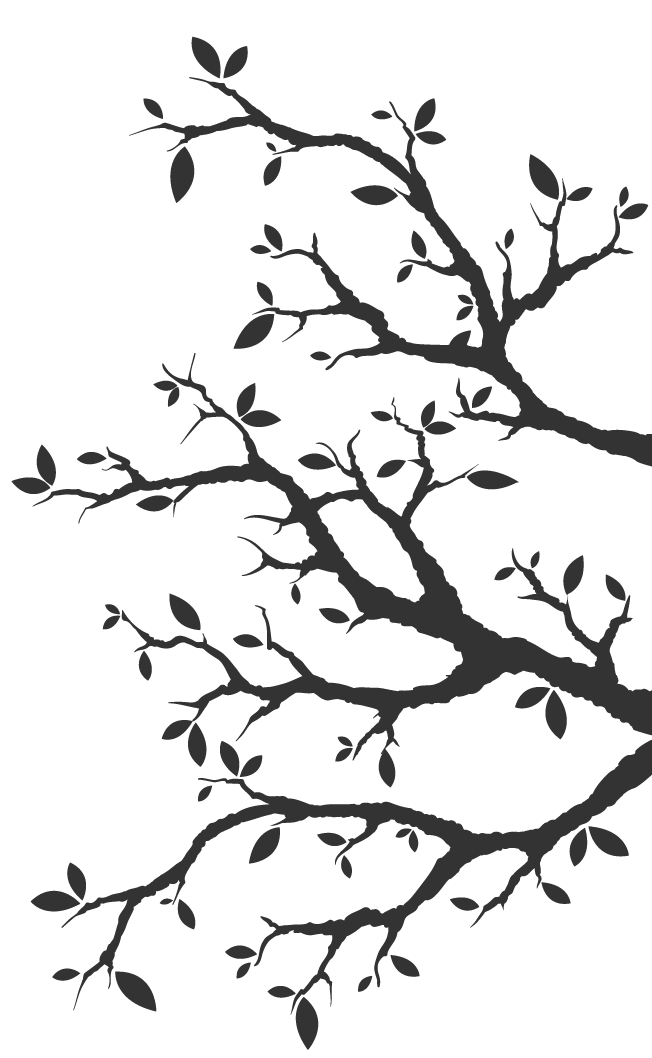 Our Program was founded in March 2001 by the director Gunther Rosenstock. After six years we opened up the Dolphin Ranch Program officially. We currently have 3 staffed resources working with youth and 2 resources for adults with disabilities.

How Dolphin Ranch was started.

Since Gunther Rosenstock worked in the field with clients in their adolescence, he always wondered how he could support youth to” function, understand, trust, believe and more motivated”. Those where challenges, not to mention …empathy, compassion, love and social understanding. During and after University Gunther knew already what he would want to do with his degree. He wanted to go out and show those young teenagers that he arrested when he was a police officer, how they could make better choices before they got into crime. So he started to use recreational therapy and adventure therapy as tools to work with girls and boys between the ages of 12 to 19 in Germany.

Since he got great feedback and some decent results in the way they responded to him or the new things they had discovered, he was encouraged to go a step further start his own business. He opened up a “Erlebnispaedagogische Tageseinrichtung fuer Jugendliche” which would translate as Outdoors Recreational Therapy Daycare for Group Home Youth. He worked with one organization that had eight different houses each with different aged teenagers, ten peers per house of mixed genders. So when he did some meditation in the German woods, or hiking in the Andorran Mountains, canoeing into the Northern Sea he felt always after he did a reflection interview with the youth, that they took something with them, not in pictures or in their resumes, but in their confidence. Confidence was always something youth had to figure out and when you struggle, as a teenager -because you can never find rest or moments of peace, then there is certainly no time for development of healthy confidence.

“What did that mean?” It meant overcoming fear and working on fulfilling the promise that everybody at least once had given to themselves. To find your inner self and develop it so you can compete in our fast moving world. He started training sessions with his German teens and they wrote down all their fears before a trip. They put them in an envelope and the after they came back from an outing, they opened the envelope. They checked all the fears they had or at least tried to overcome. It started right there, the learning of creating a self-image, ethical understanding, confidence craftsmanship, just” pure truth” towards their own selves.

They were mostly “hooked” and wanted more. Today, he has contact with several youth that he had worked with in the years 1992 to 1999 and they all gave him good feedback of good memories. They seemed all to be doing well.

The success was a combination of several factors. They had three university educated social workers in a group home setting of ten mixed teens. At night was one staff on shift. After school the social worker and a teacher did school work with the youth for ninety minutes and then they could go out and have fun. Friday was chore day, Tuesday career day and then there were the outings with Gunther every weekend or during summer holidays. Gunther took care of six youth alone, and since he did not have any funding or much equipment, he really had to be creative.

After seven long years in Europe, he decided to move to the country of his dreams, Canada. Every year since 1999 he travelled there and spent most of the summers in BC or Alberta. He discovered the possibilities for his job and couldn’t wait until he had his immigration papers ready. He started to look for recreational therapy openings, but he discovered that this job did not really exist. It took him two years to be a registered social worker in Canada.

He worked in a group home as a “second houseparent “for minimum wage. His co-workers all had no degrees and did not seem to care about all his ideas and ambitions. Whenever he took his proposals of an outdoor recreational group home to all the facilities up and down in BC, he learned that there was not much knowledge about his model. Gunther opened up a resource in 2001. He took the boys to hikes, soccer, canoe trips, fishing in a native village, showed them how to meditate, to climb, and so on Over time he bought all the things he needed to do the outings he dreamt to do.

He bought a farm up north with his live savings and any time he had, he took the youth to these places and started his special education and their adventure. So he could do all of these beautiful things, but it wasn’t intensive enough, productive or as reflective as he wanted because it was really time limited. In 2006 he started a modified program at his farm up north that would integrate the youth from his program (Dolphin House) in Port Coquitlam. He was so happy and got started instantly. After five months of preparation he finally started with the first two youth at the Dolphin Ranch Program. 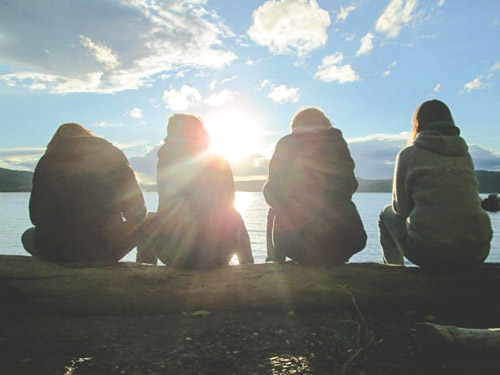 Whether you are struggling with a particular issue, or just can’t shake the feel in that there should be more to life, Dolphin Adventure Experience Ltd. can help.

We provide a caring environment in which you can identify and explore those issues that may be getting in the way of a more rewarding home life and career, or more fulfilling relationships.

Young teenagers will be encouraged, supported and nurtured. Providing a stable, safe environment for youth in transition is often a key first step in establishing a foundation for them to overcome obstacles and move forward in a positive way.

We offer a safe and caring environment and offer support, encouragement and ideas for youth who are often not involved in school or community programs. The four bed boys home offers behavioural assessments and contact with professionals to help provide stability during crises and transitional periods in a youth’s life.

At Dolphin Adventure Experience Ltd. Young teenagers will be encouraged, supported and nurtured. Providing a stable, safe environment for youth in transition is often a key first step in establishing a foundation for them to overcome obstacles and move forward in a positive way.

Long term or short term Dolphin House Adventure Experience Ltd. offers a safe and caring environment and offers support, encouragement and ideas for youth who are often not involved in school or community programs. The home offers behavioural assessment and contact with professionals to help provide stability during crises and transitional periods in a youth’s life.

House staff work closely with other agencies and programs in the community to provide youth with opportunities to grow and learn. We also work with social workers to provide assistance in setting up school meetings, doctors appointments, drug and alcohol outreach sessions, and work experience opportunities, among others.

We offer a welcoming and safe environment where youth are treated fairly, respectfully and with dignity. We value every individual we serve and strive to build on the strengths of each youth to help create positive change for the future.

Through their involvement with Dolphin House, youth will have the opportunity to:

Positive role modelling and advocacy for youth are also key components of the Dolphin House program.

Dolphin Adventure Experience offers a long term placement for male youth between the ages of 12 and 18. Professional staff that will share their life permanently in a scheduled manner will support youth. 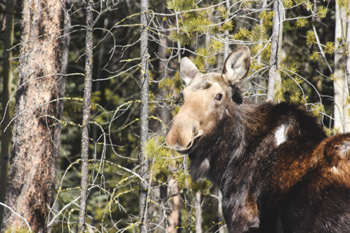 Dolphin Ranch Program takes up to four youth from the local area into a farm setting six hours north of Vancouver to teach them new skills and give them a chance to have a look at their life from a distance. Reflecting often seemed easier away from common grounds like school, friends and family. The Dolphin Ranch Program consists of four foundations that are built into theyouths daily activities and should prepare them for future school endeavours, employment, social empathy and self awareness.

The goal of the Dolphin House Ranch Program is to let youth in care experience the outdoors through recreational and adventure experiences that they can later use to reintegrate into settings in the lower mainland.

Dolphin Ranch Program offers a welcoming, safe supported environment for the teenager and the fitting caregivers or parents that offers professional help, innovations, crisis intervention, in a relaxed environment to work out traumatic experiences.

The aim is to bring youth back into the families or help them to find a new fitting family. In some cases create a new life in a staffed resource. The ranch program is a tool that will help individuals to gain confidence, get some reflecting, escape some of the pressures, discover new sides, learn how to care, find alternatives for substance abuse, create a new self image, get to know yourself, get to know your parents, your new parents, your staff or reflect on your past time in a new resource, restart.

The idea is to find the best way of stabilizing the youth in the recourse he or she fits in.

The Program will be supported by the Caregivers and professional trained staff.

We believe that when youth get transferred into a care home, they often feel that it is an alternative to living on the street or a safe house. We interviewed several youth between 12 and 19 years of age and were surprised of what they thought would happen if they were placed in a care home. All outlooks were grim or at least scary with comments like “I thought I would be an outcast, raped, beat up, alone, get bad food, and be in jail like conditions” and so on.

Later the young men often realized living in a care homes are not bad; we believe they have great things to offer and potential, but would benefit from the interventions we believe in. Kids and youth that had the option to join our activities and sessions lost their fears quicker and started to identify themselves to gain self-esteem and self image faster than other peers that did not join our outdoor recreational therapy program.

Youth with problems often need more nurturing and love then we can give. As a care for youth home we want to be strong, safe and supportive. Adding nature and adventure experience as part of our program philosophy could help to improve the successful reintegration of young Canadians into their family homes or the society as a whole.

Reference:
What is adventure or outdoors recreational experience? Here are some definitions as we can find them on Wikipedia. Adventure therapy as a distinct and separate form of therapeutic process has only been prominent for less than 40 years. Influences from a variety of learning and psychological theories have contributed to the complex theoretical combination within adventure therapy (AT). The underlying philosophy largely refers to experiential education. Existing research in adventure therapy reports positive outcomes in effectively improving self concept and self esteem, help seeking behavior, increased mutual aid, pro-social behavior, trust behavior and more. Even with research reporting positive outcomes it appears that there are many disagreements about the underlying process that creates these positive outcomes (Berman & Davis-Berman, 1995; Gass, 1993; Parker, 1992). 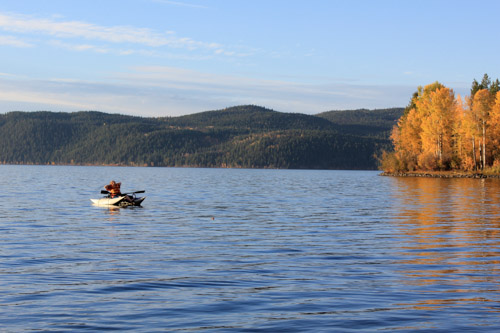